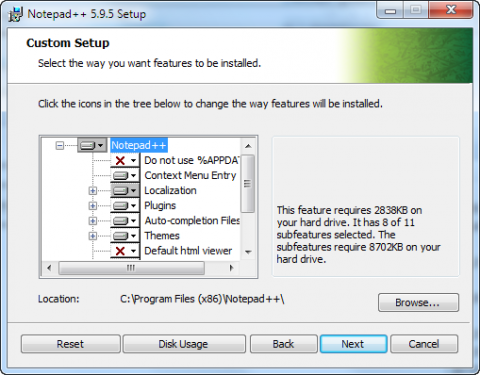 These are the setup features that have been implemented and can be enabled/disabled via transforms: