Windows 7 and later has a feature named FastUserSwitching. We all know about it, but ShoreTel do not understand it. The discussion about their setup bug goes back for more than one year now and they still do not listen after 4 case reopens. It is clear that ShoreTel development do not understand how thier own software and Windows works. So I decided to publish this information to help you running ShoreTel Communicator properly in your environment. This affect nearly every version for about 5 years or more, but has been fixed in Mitel MiVoice Connect R1803. If you may ask why FastUserSwitching need to be disabled - the answer is simple. ShoreTel Communicator's SoftPhone feature is not compatible with multiple users on the same computer. This VoIP EyeP driver under the hood does not allow more than one user on a computer.

FastUserSwitching is these neat featue you may like a lot at home. It allows users to login to a computer with several users at the same time without logging the other user out. A typical home users scenario.

If FastUserSwitching is enabled (Windows default) the ShoreTel Softphone will only work for the first user and not for the other users as softphone only allows one user to be assigned to one computers IP address. Therefore the FastUserSwitching feature need to be disabled by ShoreTel setup as ShoreTel Communicator is not compatible with it. This is properly done for Windows XP in the Communicator setup, but is incorrect for Windows 7 and later.

Someone at ShoreTel simply made a mistake as the registry keys have not renamed only by Microsoft in Windows 7, the default value has also changed. To disable FastLogon feature the required values are: 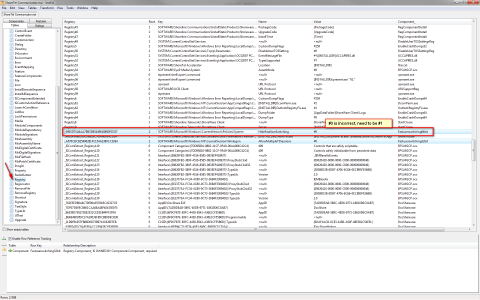 This setup bug need to be corrected for Windows 7 and later.